Docker and the future of cloud computing 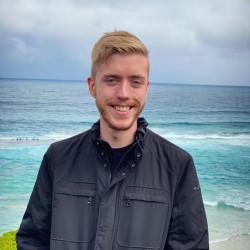 Docker is one of the most popular tools for deploying and standardising the development of applications. Docker enables developers to create predictable environments to test, deploy and refactor their applications within.

How Docker fits in with Modern application development

One of the largest challenges development teams face today is managing the security and dependencies of their tech stack across multiple Cloud Provides, both virtual and bare-metal. To maintain reliability and uptime, infrastructure must be predictable and well managed. However, development teams need to focus on rapid releases, patching bugs, and rolling out updates, which is quite the opposite of reliability. So the question is, how do we check both boxes? Well, you probably guessed it, it's containerised deployments!

Containerised deployments allow a pre-configured environment to adaptably host applications and services defined by the developers. This means developers can easily change their application code without worrying about the dependencies and configuration of the host architecture.

So, what exactly is Docker?

Docker is a Linux-based containerisation platform that developers use to run, build, package and deploy applications and services. Docker containers are lightweight, secure, and highly optimised runtimes, offering greater flexibility and efficiency over a typical Virtual Machine.

Since Docker containers run in their own environment, whilst cross-communicating to other containers in their own subnet, they provide a highly secure way for applications to store, transmit and mutate data. If a hacker were to dig their way into one of your services containers, they would be met with only that one service and its containerised environment,

How does Docker squeeze into the CI/CD Pipeline?

Dev-Ops, also known as Continuous-Integration/Continuous-Deployment Pipelines, are used be developers over the world to help streamline the testing and deployment of applications.

Instead of remotely logging into a server, downloading the latest build of your application, and manually deploying it; CI/CD pipelines allow developers to automate the entire process, while also implementing integration testing to ensure that the build that is about to be deployed is functional and meets the working requirements.

Container solutions are pivotal to CI/CD pipelines, as it allows developers to set up standardised testing environments for application functionality validation, so you know how the application will operate in a range of different environments. Plus, if your application fails a containerised test, you can either stop deployment in general or choose not to deploy to the environment for which failed the test.

On top of this, Docker allows for remote deployment using Remote TLS Connections to manage Docker instances on servers anywhere around the world. With remote deployment and automated testing, Docker containers can help your business meet its SLAs with ease.

What does this mean for the future?

As the world is becoming more interconnected, and applications are becoming larger, the modern tech stack is looking more and more compartmentalised and containerised. If you are to build and deploy modern applications, a distributed approach is looking more and more impactful, as large players in the game, such as Vercel and HashiCorp are investing more time and money into serverless and containerised architecture.

How can Ozone Team help you?

Want to build a new cutting-edge, world-dominating application with Docker?  We use Docker daily for our own internal applications and client projects, and it's certain to make any business application more efficient and reliable. Get in touch today to find out how we can help your business with the power of Docker.